Are you looking for the raunchiest, wildest domination escorts in london? Mistress Julia is the best, most sort after in London especially when she is flaunting provocative breast-busting latex!

Naughty Secretary Fantasy for adult entertainment: Lately you may have been getting all hot and flustered thinking about a secretary outfit on a hot girl with a smouldering body. Its an experience that has to be fulfilled at least once in a while! If you have been fantasizing about your secretary at work and dont want to do anything untoward, thats what an escort role play in a secretary costume can ultimately satisfy. Done so with supreme dress up adventures, incredibly kinky!

OMG wow! Couple of hours with this one and you will become addicted -J

Thank you Julia, you really made my whole week, I will see you again soon - Rob 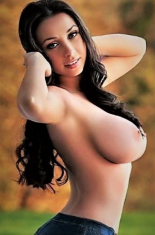